In every single cell in the human body, the six feet of DNA is compacted in the micrometer space of the nucleus by wrapping around spools called nucleosomes in addition to extraordinary three-dimensional folding of DNA inside the nucleus. Tissue-specific decoding of the genetic information from this extreme compression is orchestrated by specialized proteins capable of binding DNA in a sequence-specific manner. Locally, a number of proteins called lineage-determining transcription factors can access their binding sites even if they are partially occluded by nucleosomes, recruiting chromatin-remodeling enzymes and exposing the underlying DNA. Globally, sequence-specific proteins such as CTCF act as structural regulators of spatial genome organization. Considering that every two human genomes contain more than 6 million nucleotide differences and the fact that genetics is a major determinant of susceptibility to common diseases, it is essential to understand how the packaging of DNA inside the nucleus becomes resilient or susceptible to diseases due to large numbers of sequence variation. The overarching goal of the Vahedi laboratory is to understand the molecular mechanisms through which genomic information in our immune cells is interpreted in normal development and further dissect how common genetic variation can lead to misinterpretation of the genetic material in immune mediated diseases, particularly autoimmune disorders.

The multidisciplinary nature of our laboratory allows us to exploit computational and cutting-edge experimental approaches and generate unbiased maps of genome organization in primary immune cells in humans and mice. We further follow our hypothesis-generating yet unbiased efforts with experiments dissecting the mechanisms of our predictions using genome editing in mice or cell lines which provides us with an unparalleled opportunity to rigorously define the link between genetics and chromatin organization. 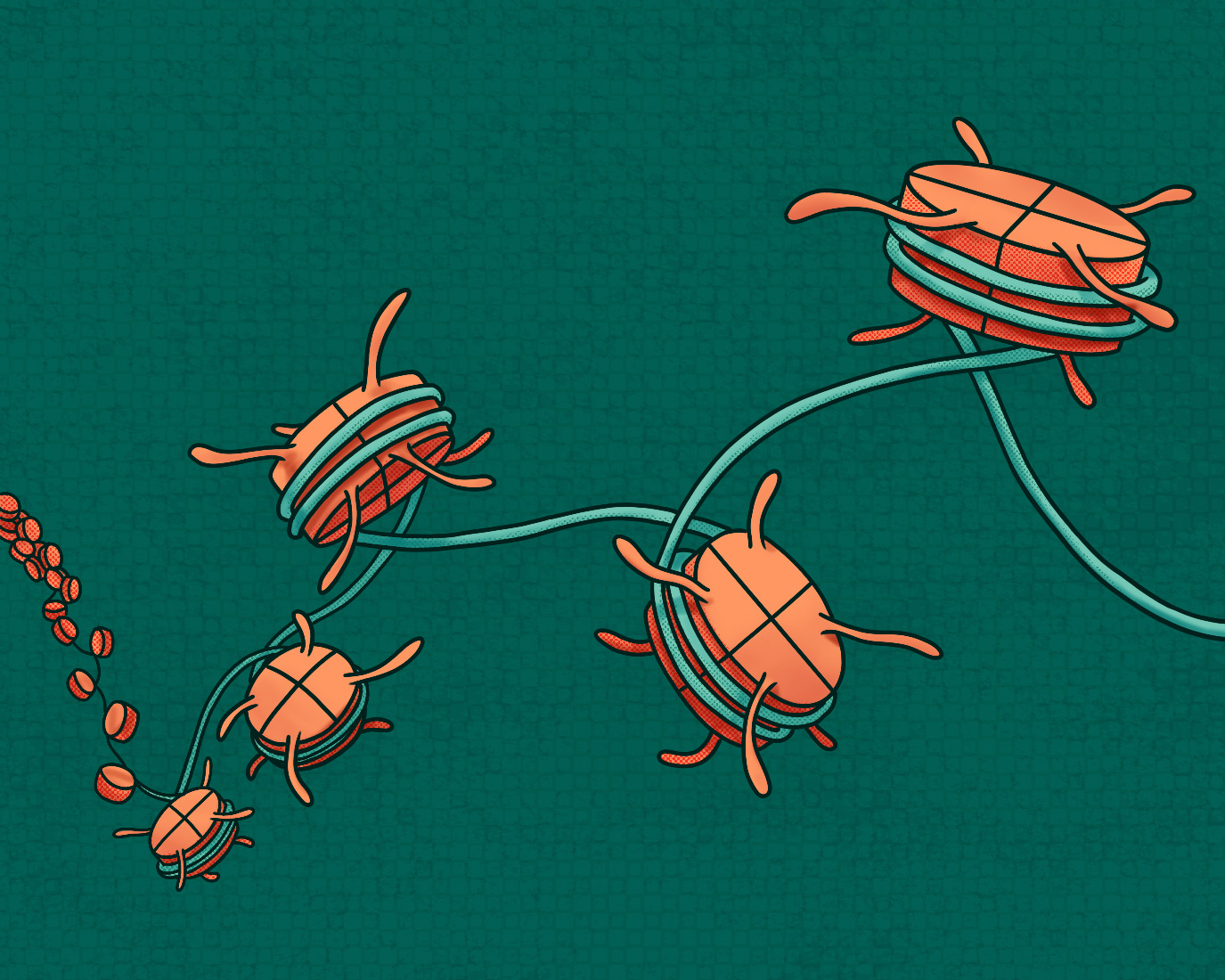 Our protection against microorganisms such as viruses, bacteria, and fungi is achieved by the orchestrated interactions among a multitude of distinct and specific cells of the innate and adaptive immune responses. Among many players in this system, the white blood cells called T lymphocytes possess the most powerful ability to recognize and target the pathogenic microorganisms. Despite decades of studies defining proteins functionally required for T cell development, the detailed molecular mechanisms through which the chromatin of T cells becomes unpacked are not clearly understood. The first independent study from our laboratory filled this gap. We demonstrated for the first time that a transcription factor called TCF-1, which has been known to be required for T cell development for two decades, has an exceptional property to unwrap DNA from nucleosomes and create open chromatin, establishing the epigenetic identity of T cells (Johnson et al., 2018). Strikingly, we found that the ectopic expression of TCF-1 in fibroblasts can unwrap DNA from nucleosomes even at stretches with the most refractory chromatin states, leading to gene expression. These findings have been recognized as a paradigm shift in how T cell commitment is regulated. Importantly, this discovery laid the groundwork for ongoing studies in our laboratory. We aim to elucidate the precise epigenetic mechanisms through which TCF-1 interacts with chromatin remodeling enzymes to unwrap DNA from nucleosomes, thus leading to a highly orchestrated cascade of gene expression events that drive T cell development and function. A detailed molecular understanding of the interactions between transcription factors and chromatin remodelers in packaging of DNA into chromatin in T cells is a significant contribution since it forms the foundation for the development of highly selective and efficient strategies including epigenetic therapies that could alter T cell fate and function at will.

Although the main function of T cells is to protect us from infectious agents, many medically important diseases are associated with abnormal T cell responses directed against proteins produced by our own body’s tissues. This broad category of immune-mediated diseases is referred to as autoimmune disorders and includes diseases such as type 1 diabetes (T1D), inflammatory bowel disease, rheumatoid arthritis, and multiple sclerosis. In the case of T1D, interactions between T lymphocytes and insulin-producing beta cells lead to loss of beta-cell mass and a dependence on exogenous insulin administration for survival. The role of genetics in T1D development is evident from its clustering in families. Genetic susceptibility to T1D and other common diseases has been assessed over the last two decades by large-scale genome-wide association studies, which look for a correlation between disease frequency and genetic variation mostly in the form of single-nucleotide polymorphisms. However, the status quo in the broader field of complex traits has thus far been that an individual disease-associated single-nucleotide polymorphism can alter interactions between a gene and its regulatory elements. As a drastic departure from the status quo, our laboratory discovered misfolding of DNA at megabase-pair diabetes-susceptibility regions, leading to reorganization of large transcriptionally coordinated regions in a mouse model of T1D as a result of sequence variation associated with diabetes development (Fasolino and Goldman et al, Immunity, 2020). Remarkably, we demonstrated the relevance of these findings to human T1D, thanks to our team efforts in the Human Pancreas Analysis Program (HPAP) at the University of Pennsylvania. Our ongoing work, assessing if and how the genome is misfolded in primary immune cells from pancreatic tissues of individuals with T1D, will not only enable us to devise molecular and optical strategies to detect T1D at critical time points where interventions can delay progression to clinical diagnosis, but is also key for understanding the molecular etiology of this disease. Due to the unprecedented opportunity to work with primary immune cells in pancreatic tissues of more than 60 human organ donors and our ability to work with the mouse model of T1D, my laboratory is at an exemplary position to describe the cause and effect relationships between genetics, nuclear architecture, and gene regulation in T1D. 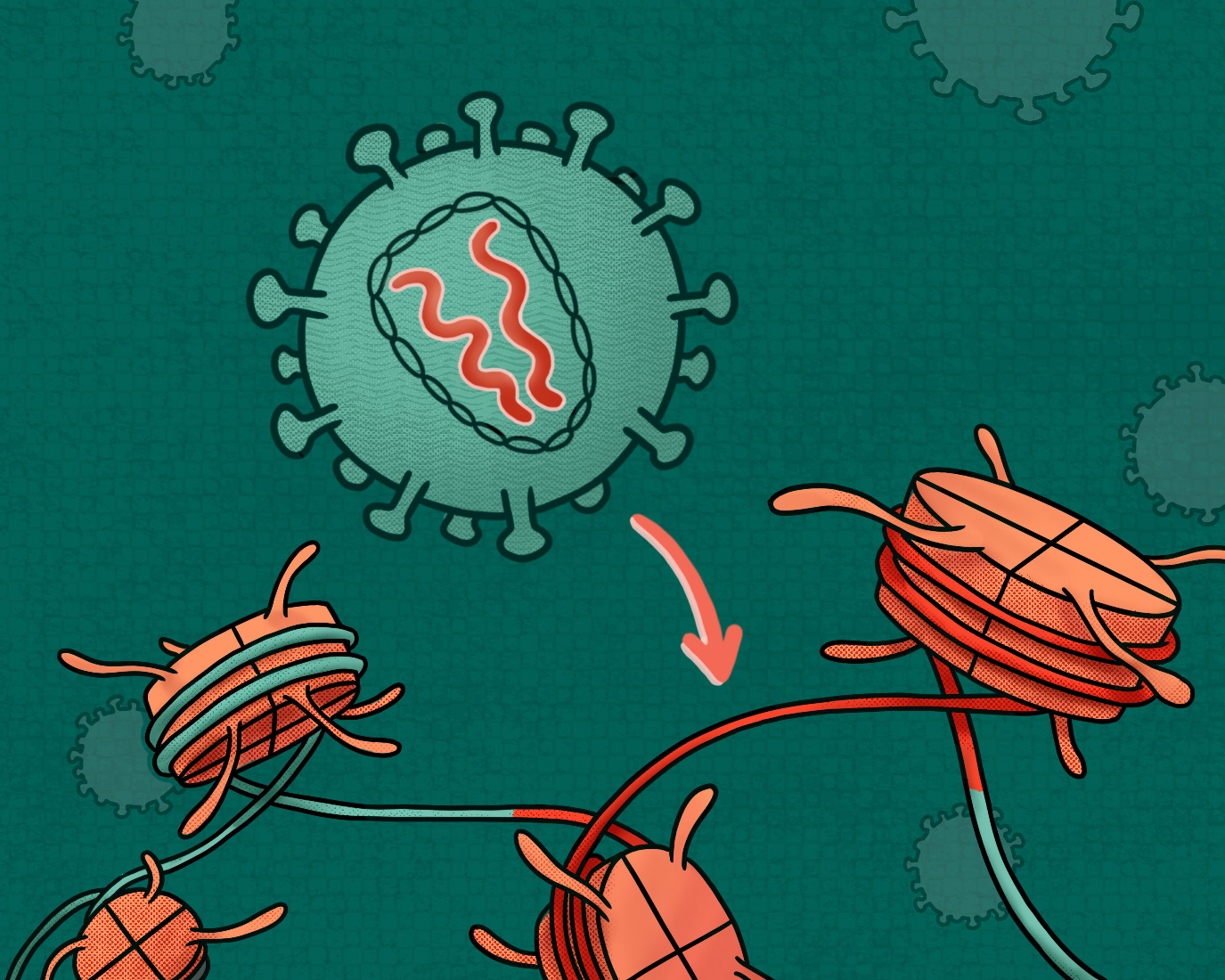 Deciphering how lentiviruses hijack the chromatin organization of host cells

A lentivirus such as HIV-1 invades a host cell and inserts its genes into that cell’s DNA. Comprehensive epigenomic profiling of infected cells can have significant implications in understanding why some cells persist after antiretroviral therapy, which is currently a major barrier to eradicate HIV. Cells acquire their identities just as humans do—by letting nurture (environmental signals) modify nature (genes). Most recently, we developed a novel method called EpiVIA for the joint profiling of the chromatin accessibility and lentiviral integration site analysis at the single-cell level (Wang et al., 2020). Our ongoing studies and collaborative efforts supported by the Burroughs Wellcome Fund will assess EpiVIA’s ability to simultaneously detect lentiviral integration sites and cell identity during chimeric antigen receptor (CAR) gene therapy and after HIV infection. 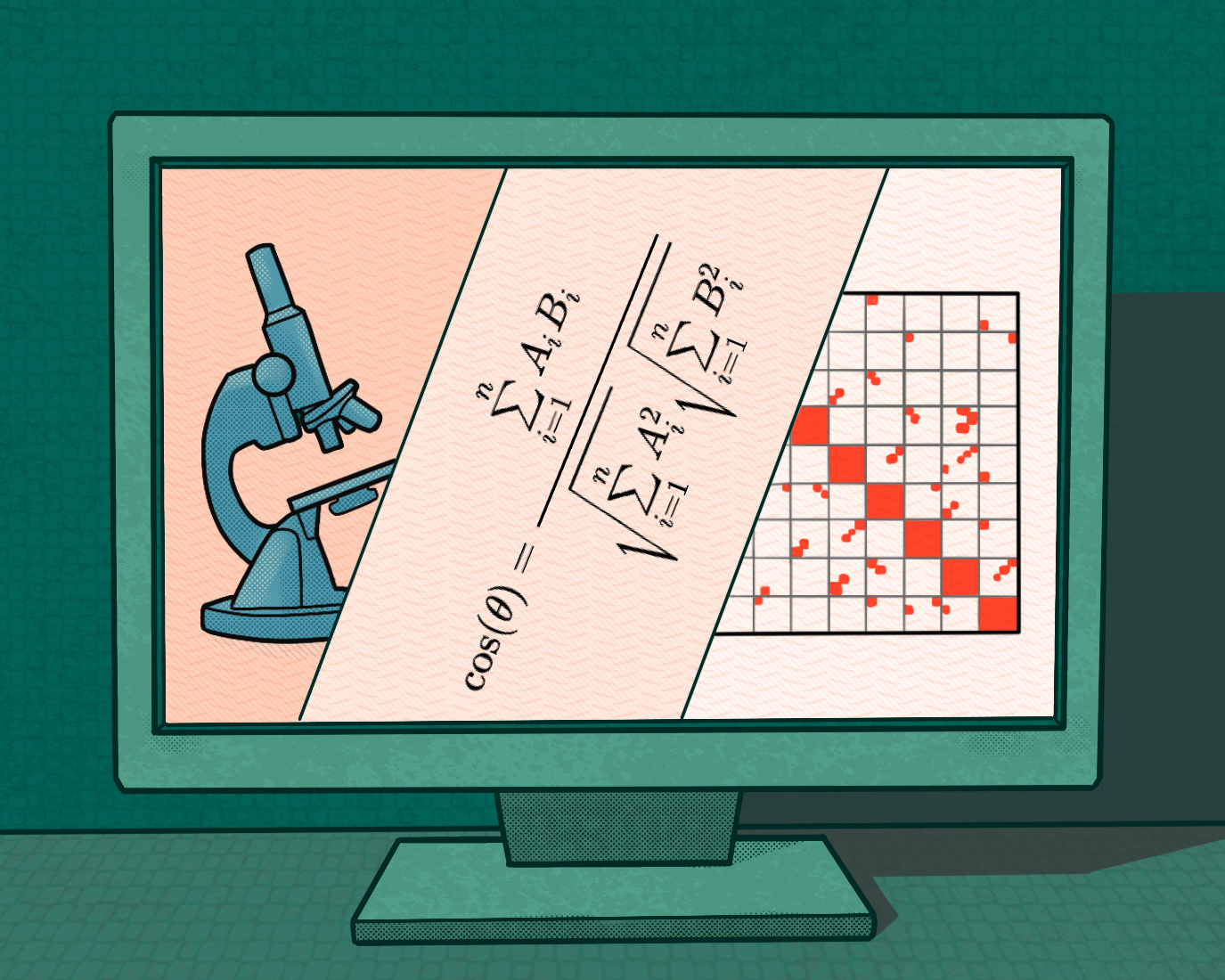 To achieve our lab’s central goal, which is to better understand the chromatin biology of T cells in health and disease, we also innovate computational techniques to fully understand the complexity of multidimensional epigenomic datasets in T cells. We devised a computational workflow called PRISM to quantify cell-to-cell chromatin accessibility variation at transcription factor binding sites across individual cells (Cai et al., 2018). We also participated in the development of TooManyCells, which is a divisive hierarchical spectral clustering method. Our contribution to the single-cell genomic field was recently recognized by a Chan Zuckerberg Initiative award.