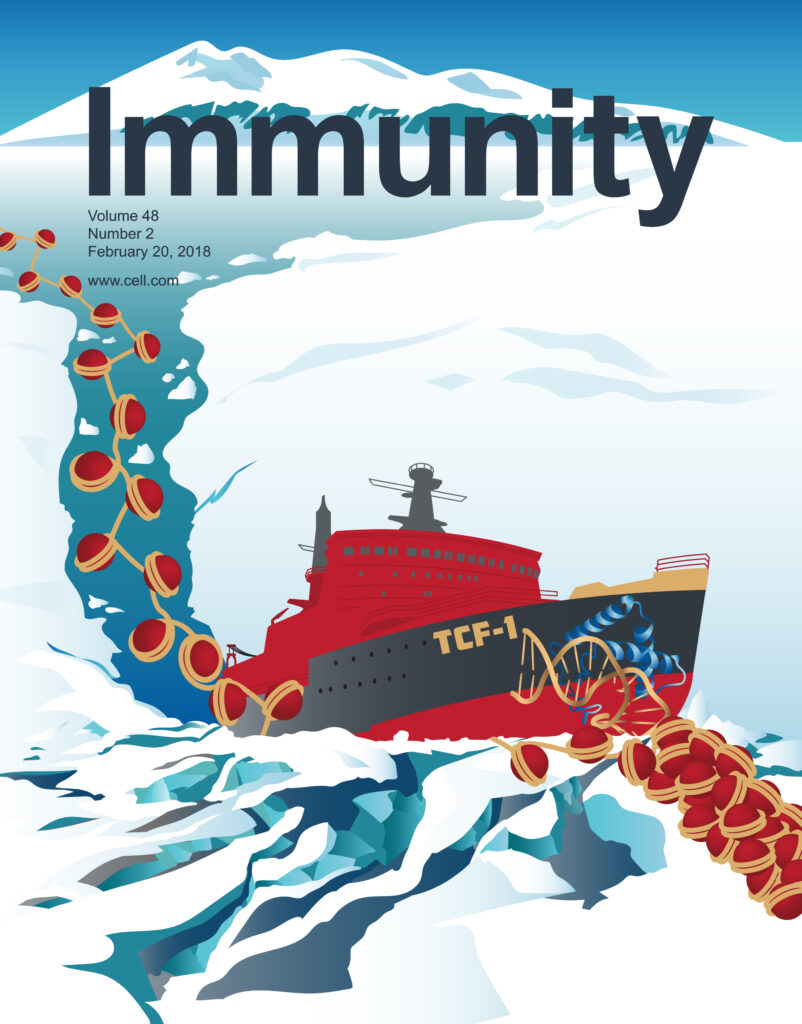 T cell development is orchestrated by transcription factors that regulate the expression of genes initially buried within inaccessible chromatin, but the transcription factors that establish the regulatory landscape of the T cell lineage remain unknown. Profiling chromatin accessibility at eight stages of T cell development revealed the selective enrichment of TCF-1 at genomic regions that became accessible at the earliest stages of development. TCF-1 was further required for the accessibility of these regulatory elements and at the single-cell level, it dictated a coordinate opening of chromatin in T cells. TCF-1 expression in fibroblasts generated de novo chromatin accessibility even at chromatin regions with repressive marks, inducing the expression of T cell-restricted genes. These results indicate that a mechanism by which TCF-1 controls T cell fate is through its widespread ability to target silent chromatin and establish the epigenetic identity of T cells.